The Australian Capital Territory (A.C.T) lies in the valley of the Molonglo River, some 2400 square kilometres of land.The site was a meeting place (Canberry) for the Ngunnawal and Ngario people who hunted and lived in the area from Autumn to Spring.

Plans for the city of Canberra began in 1912. It had been a sheep farm until then which is why there are some older buildings in the region, such as Government House – Yarralumla – which was built in the 1820’s, The Lodge (Prime Ministers Residence) (1926) and the Australian War Memorial (1941) 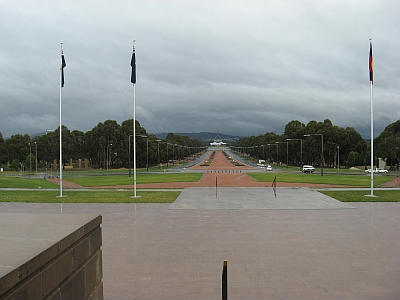 The A.C.T. prides itself on being able to present a taste of every part of Australia.

The Territory experiences all the seasons and revels in taking full advantage of that aspect.