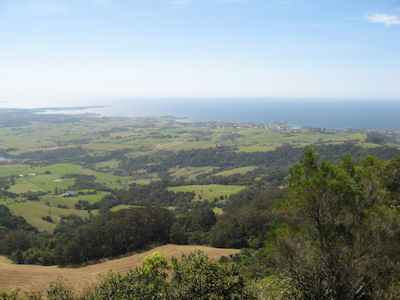 The magnificent stretch of coastline between Sydney and Melbourne is one of Australia’s most dramatic and naturally beautiful experiences. Along its length, the great waters of the Pacific Ocean, Tasman Sea and Bass Strait have carved out dramatic headlands and created beautiful coves and beaches.

The ancient ranges that follow it inland are covered in vast expanses of national parks and forests protecting pristine lakes and rivers. Nestled amongst these natural wonders are dozens of quaint fishing villages, tiny colonial hamlets and thriving rural towns built by the country’s most adventurous settlers.>>MORE>>

Wollongong is located 60 minutes south of Sydney and is New South Wales’ largest city. It’s diverse culture and history supported by world class infrastructure has something to offer every traveller.

Set against the backdrop of the commanding Illawarra escarpment the mix of metropolitan style, seaside living and small town charm is suitable for family get-aways, short-breaks and day visits. There is no shortage of ways to fill your days.>>>MORE>>

Famous for its Blowhole, Kiama sits on a peninsula that rises from the sweeping curve of Bombo Beach. On the cliffs at Blowhole Point, waves surging into an underground cavity are compressed and forced upwards, then explode high into the air, accompanied by a loud ‘oomph’.>>MORE>>

The Shoalhaven  temperate climate is comfortable all year round, with balmy sea breezes to cool in summer and clean crisp air for long country walks in winter. Rich in local culture, our many annual festivals have become landmarks on the getaway calendar.>>>MORE>>>

The Eurobodalla (land of many waters), with its stunning coastline of sparkling beaches, craggy headlands and serene rivers, is set against a backdrop of untamed wilderness.  The region encompasses from South Durras, just north of Batemans Bay, through Moruya and Narooma to Tilba Tilba in the south and westward to Nelligen.

Popular locations in the area include historic Mogo, the Tilba region, Bodalla, Nerrigundah, and the beachside villages of Broulee, Mossy Point and Tuross Head.   >>MORE>>

Located on the far south coast of New South Wales between Melbourne and Sydney, the Sapphire Coast is only a 3 hour drive from Canberra via Cooma or a 6-7 hour drive from either Melbourne or Sydney.Coastal and country towns along with seaside and heritage villages. Each one has its own charm and character waiting for you to explore…

Come and discover the Sapphire Coast and along with it Bega, Bemboka, Bermagui, Brogo, Cobargo, Candelo, Eden, Merimbula, Pambula, Tathra, Wonboyn and Wyndham.>>>MORE>>