Situated on the edge of a harbour bigger than Sydney’s, Darwin is a beautiful, fascinating tropical city – a melting pot of people and cultures that prides itself in its unique and friendly laid-back lifestyle. 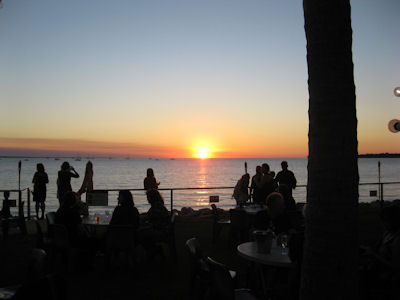 While a sophisticated, modern city in its own right, it is also one steeped in history, one that has endured many hardships on its way to establishing itself as the gateway to Asia as well as the Kakadu National Park.

Aquascene in the heart of Darwin city at Doctor’s Gully, is where hundreds of fish come to shore at high tide to be fed by hand.

Open daily, the Australian Aviation Heritage Centre features an impressive collection of the Territory’s aviation history from the aviation pioneers and record breakers to the Territory’s frontier role in WWII. There is a massive B52 Bomber, Mirage and Sabre jets, a Spitfire replica and Wessex and Huey Cobra helicopters. The development of the jet age is depicted through displays and photographs and the Bombing of Darwin exhibition.

Join locals at the Darwin Sailing Club and watch the sunset.

Cullen Bay Marina features an eclectic mix of restaurants, cafes and gift shops,and is also home to privately-owned boats, as well as many of the sunset harbour cruises and fishing tour operators. Vessels must pass through a double-action lock to access the sea, established to protect the marina from Darwin’s fluctuating eight metre tides.

Stokes Hill Wharf has many historical and modern attractions and offers a variety of eating options, ranging from alfresco eateries to top-class seafood. Here you can catch a cruise to explore the harbour, relax and enjoy the seasonal live entertainment, drop a line from the fishing platforms or take a fishing tour. 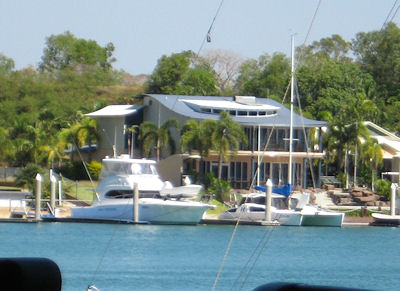 On the Waterfront, Darwin’s only open-air cinema, the Deckchair Cinema allows you to bring your own snacks or enjoy a meal from one of the food vendors and kick back in style in canvas deckchairs under the starry skies with a drink from the bar. Films cater to a variety of tastes, including many Australian films and family movies.

George Brown Darwin Botanic Gardens span 42 hectares and showcase the flora of northern Australia and other tropical habitats around the world. Wander through monsoon forests, coastal dunes, mangroves and open woodlands and view orchids, bromeliads and other striking foliage plants.

The Mindil Beach Sunset Markets, held every Thursday and Sunday night from April 25th to October, are Darwin’s largest and most popular weekly markets. They feature a multitude of stalls offering international cuisine, arts, crafts and entertainment. The combination of great food and an electric atmosphere make it a must visit. Enjoy a picnic dinner on the beach while watching a spectacular tropical sunset.