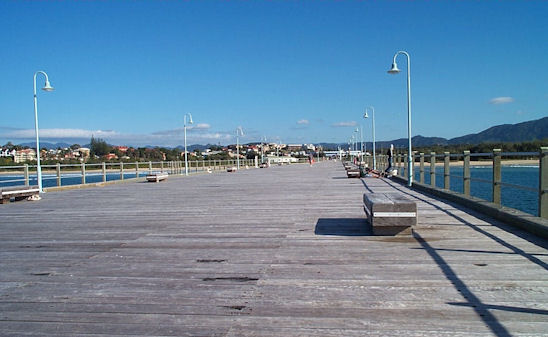 At around 7 hours drive north of Sydney and 5 hours south of Brisbane many travellers find it an ideal place to break their journey either overnight or much longer stays..

Coffs Harbour is serviced by both Qantas and Virgin Australia. There are around 50 buses a day and at least 3 trains a day.

From the mountains to the sea there’s such a vast range of activities you really can have the time of your life. From the Dorrigo Rainforest Centre high up on the plateau, to the jazz capital of Bellingen, the centre of Coffs Harbour with its white sails gleaming in the sun you can be as adventurous as you like or not.

There’s more here than the Big Banana – although that’s still here and now features an ice skating rink, ski slope and toboggans. There are daily clog making demos at the Clog Barn.   If you fancy a go at white-water rafting then nearby Nymboida River has all the thrills and spills or you can parasail, abseil, rock climb, hang glide, sail – join up with an extreme team for an unforgettable day! Perhaps you’d like to take a bird’s eye view of the region in a chopper.